LadioCast Version 0.12.5 has been released on MAS.
Changes from version 0.12.4 to 0.12.5 are as follows:
You would see the second note is omitted and doesn’t appear on MAS, though it is the main purpose of the release. That is due to the compliance with the Mac Developer Program License Agreement which prohibits mentioning pre-release versions of the Apple Software. (Actually I didn’t expect 0.12.5 built by the pre-released Xcode to get released before Mojave.) Anyway see another face of LadioCast in the dark mode there. Also Make sure you allow LadioCast to access your microphone under the new security: 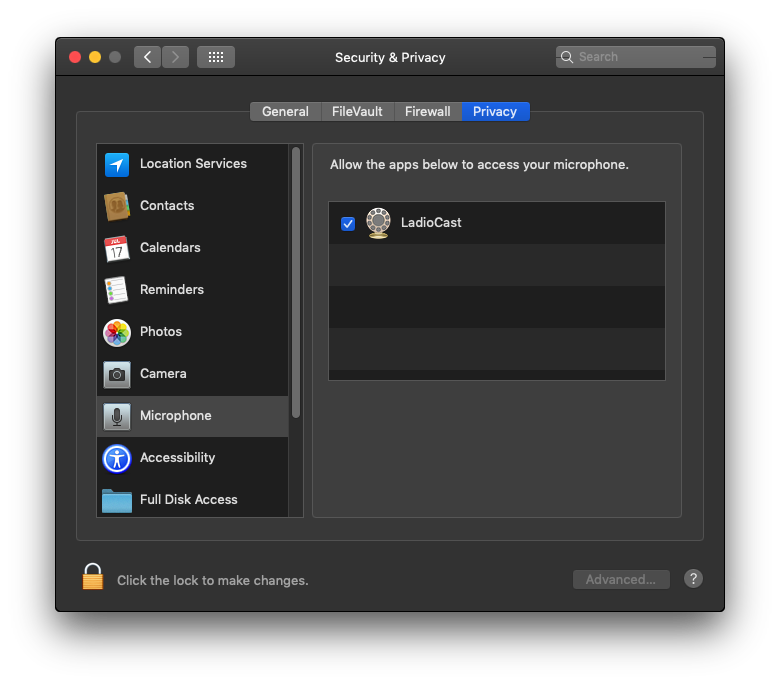